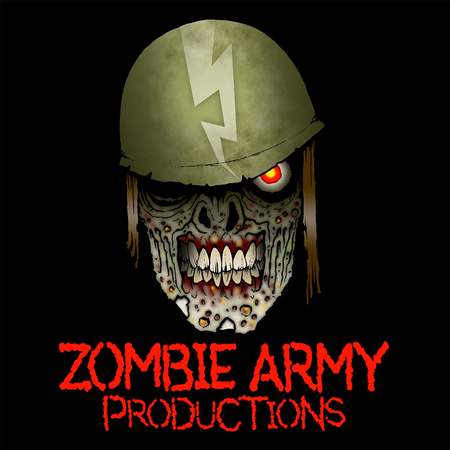 Home
About
Get There
Tickets

By Zombie Army Productions (other events)

The award-winning production team at Zombie Army Productions is back on Navy Pier with a brand new haunted attraction, Zombie Containment - an aggressive, high scare, interactive haunted house by night and a low scare/lights on show during the day set on a real barge floating at the northeast corner of Navy Pier across from the Landshark Beer Garden.

This October 2nd – November 2nd, ZOMBIE CONTAINMENT will feature both an aggressive High Scare adult-themed haunted house at night on Thursdays – Sundays AND Low Scare, lights on attraction on select dates during the day.

Merikorp® Industries has played an essential part in containing the zombie outbreak that struck our nation. Now, in the aftermath of the national outbreak, Merikorp® has led the way in safe disposal of the undead, furthering our understanding of the infection, and eventually discovering a vaccine to keep our citizens safe.

In the interest of full transparency, Merikorp® is opening its Zombie Containment Research Facilities for public tours. This Fall, you will be able to see, firsthand, how the undead are being held, studied and disposed of. Come face to face with zombies in the safety of a Zombie Containment Unit near you.

Merikorp® - Keeping Americans Safe from Americans, One American at a Time 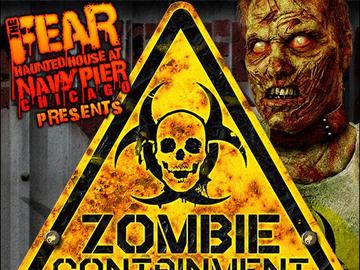 E-ticket required for admission. No refunds. All children 12 and younger must be accompanied by an adult. Do not touch the actors or the props. No Flashlights, Cell Phones, Lighters, or light devises of any other kind. No Smoking. No cameras, large bags, food or drink are allowed inside. Emergency Exits are clearly marked and are for Emergencies only. This Haunted House utilizes Low Lit Scenes, Claustrophobic Rooms, Smoke Effects, Load Noises, Strobe Lights, Zombies, Moving Floors.

other events by this organization